beep beep! all about BMers Like most young boys in the late 60’s and 70’s I was fascinated with cars. I have vivid memories of playing with my Matchbox and Hot Wheels cars most days growing up.  As I entered my teenage years, my interest morphed from toy cars to the real thing.  One of my best friends growing up lived across the street and his father was a car nut.  He had several sports cars, including a 1974 E type Jaguar and a Lamborghini Countach.  They were such incredible cars and classic in so many ways.  My friend’s father would only drive a stick shift, vehicles.  I am not sure what the fascination was for me, but I just thought that was so fun to have control of the gearshift and speed.

My dad recognized my interest and would intentionally rent a stick car every time one of our cars was in the shop.  I remember one time he brought home a VW Bug!  I sat next to him in the passenger seat and on cue, shifted the gearshift while he pushed in the clutch. That car was loud and uncomfortable but so fun!  I grew up in such a positive and nurturing environment and remain thankful daily to both of my parents for all that they did for me and taught me.

I was starting my senior year in high school and my father agreed that it was time for me to get a car.  It was 1980 and we started looking at the classified ads and found a 1972 BMW 2002.  I had never really seen one but thought it was so cool.   It was a smaller car with a pointed nose and rounded taillights (known as “roundies”). It was a preppy car and matched my loafers and polo shirt.  I was hooked! 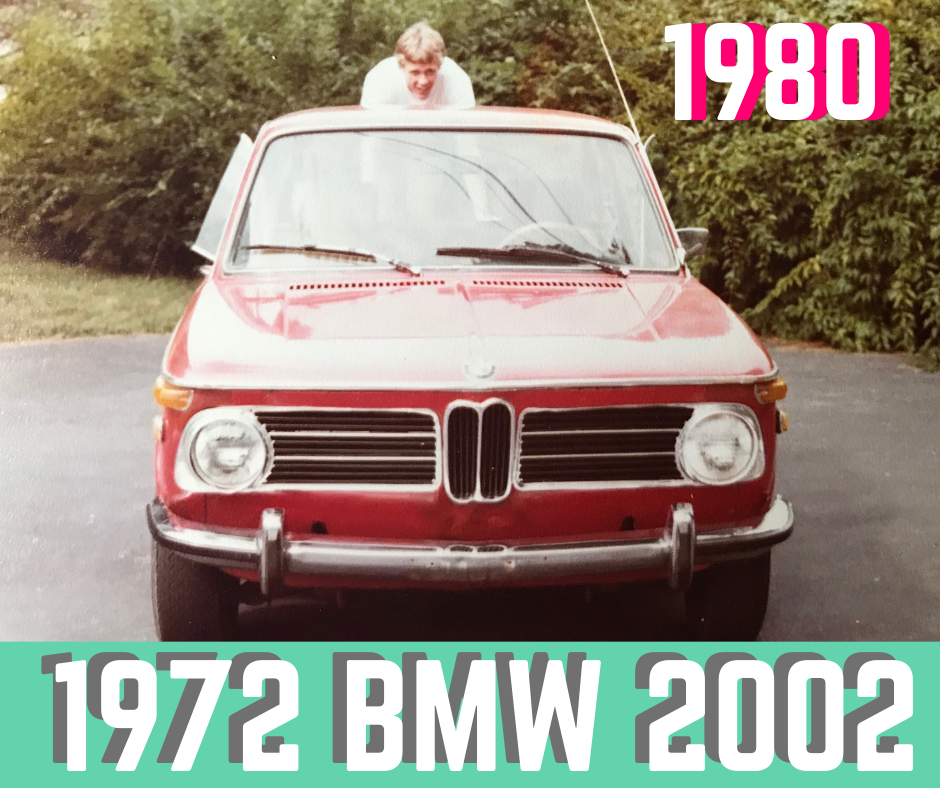 I enjoyed my senior year and ultimately drove the car to Boston for my freshman year at Boston College.  I soon learned it was not a great car for the northeast.  First, it was extremely light, making it challenging to drive in the snow.  I added about 6 cinderblocks to the trunk which helped with traction.  More importantly, it did not have a good heating system, so it was the same temperature as the outside!  Boston turns the end of September and does not start warming up until end of April. I was cold!

The summer following my freshman year at BC, that car went to my brother and I got a more durable winter car, a Saab 99.  My brother David took it to college in Colorado and unfortunately it never made it back.  I never forgot my first 2002 and vowed one day to own another one.

About a decade ago, I started that pursuit.  I had rarely seen a 2002 in Dallas.  It is traditionally known as a coastal car found near beaches.  I met Jon Kirkeegard who owns Select Classics here in Dallas and I committed to restoring one with Jon’s help.  Jon had a Texas owned 1973 2002 tii (a fuel injected version).  He restored it and ultimately put it in my hands.  It is a 4-speed and simply one of the nicest cars to drive.  Five years later, I decided (with Jon’s help) to build a sportier version and now own two! 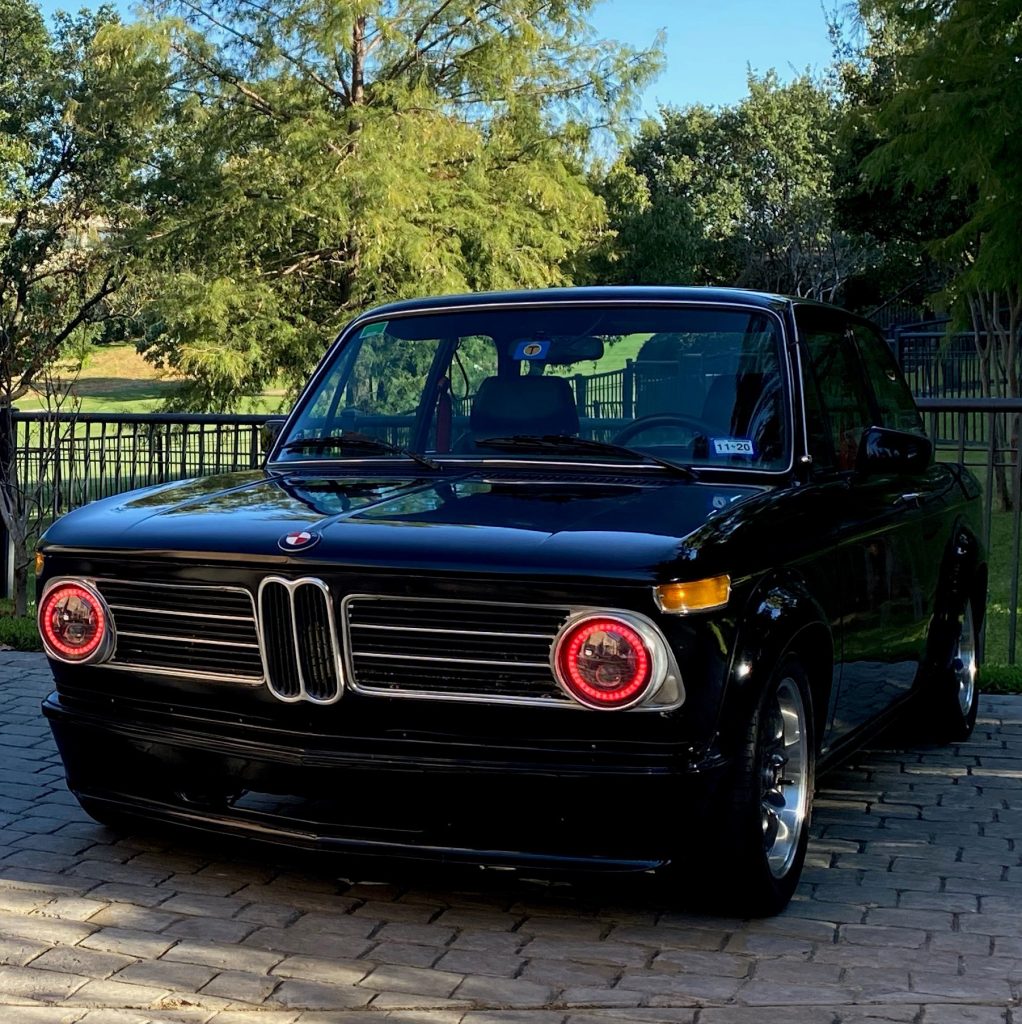 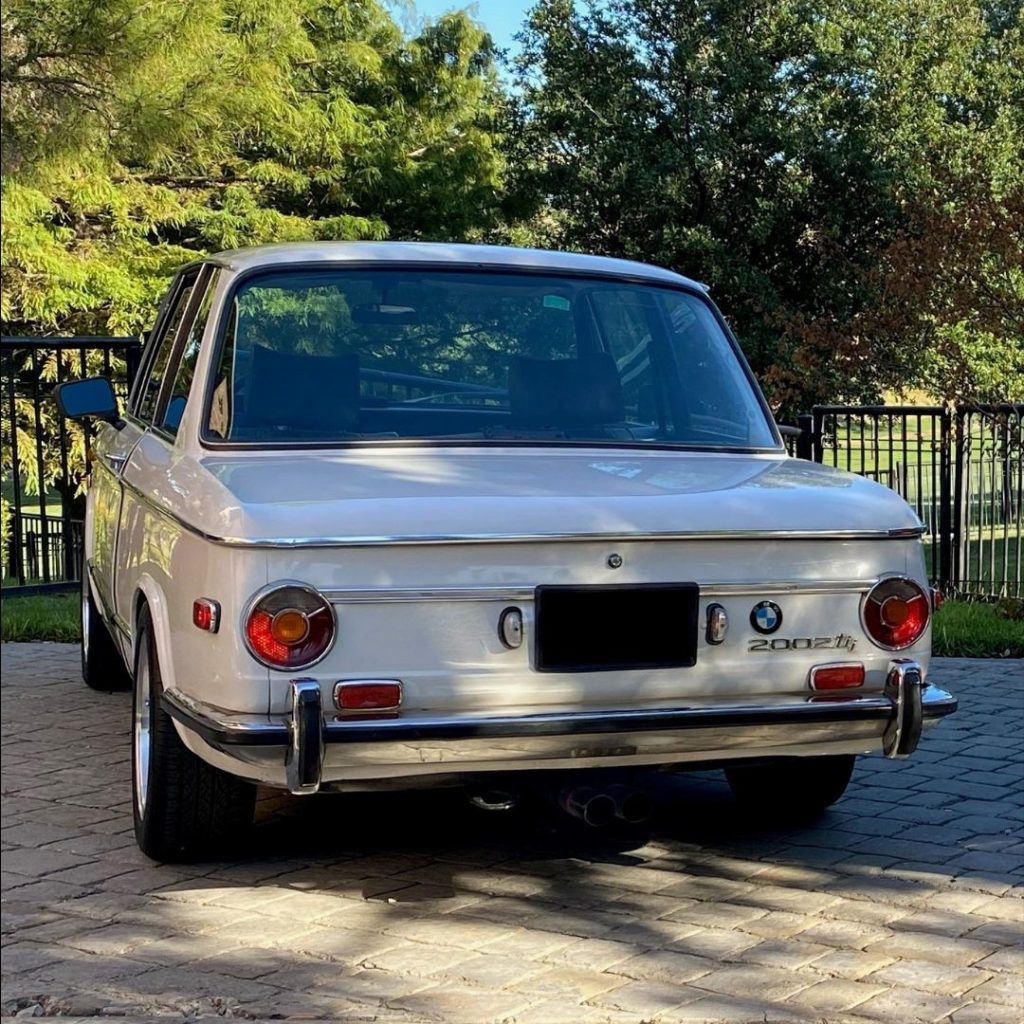 I alternative weeks with the cars and drive them to work and around town at least 1-2 days per week.  It takes me back to my youth, remembering the excitement of having my first car and driving it. It really did not matter where, just so fun to be cruising around. I have never been that mechanically inclined.  I lack the patience to work around the house, let alone on a car.  That will change in the future.  Near the top of my bucket list is to learn more about that “BMers” engine and take care of it myself. My wife, Suzanne and my kids, Matt and Ashley know I will never part with either car.  Suzanne has been driving a stick shift for as long as I have but lacks the enthusiasm, I have for roll up windows, uncomfortable seats and a poor air conditioner.  Both kids have learned how to drive stick on those cars. what does your car say about you?

Alexandra Paul said, “The cars we drive say a lot about us”.  That may be true.  For me, it an opportunity to relive a special time in my life and share it with my friends and family.  Windows down, sunroof open, and 80’s music blasting.  Life is good!

Dr. Kenkel loves his BMers’ and his 80’s music LOUD! Life is good!